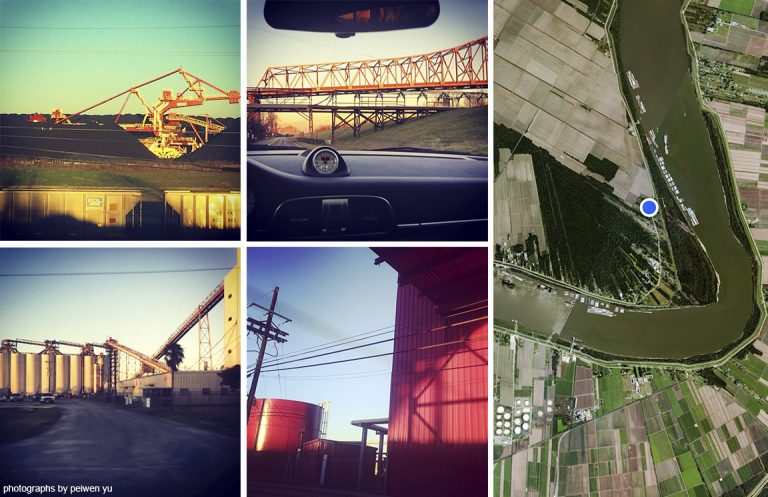 When it comes to quality of life, are people really better off in cities?  As the world is entering the Urban Age, Americans are moving to cities in ever increasing numbers. But in what speed and scale average American suburban oriented cities may embrace the idea of density, more integrated land use, creative tension between competing groups of people, and a socially resilient and dynamic public realm?

The Design Week at Louisiana State University led by SWA was looking into Speculations on a Post Industrial City – Baton Rouge in 2050. 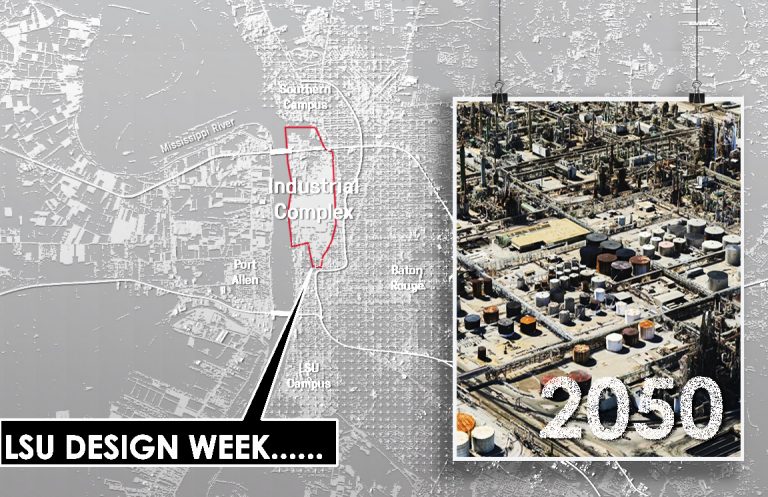 Upon arrival at Bayou Country, the author was impressed to see how the southern Louisiana’s natural landscape appears to nourish a life style of appreciating the opposite of density, and a fond feeling for those culturally meaningful places dispersed in the large canvas of nature: sugarcane plantations, fishing camps, cypress swamps, beach fronts, cattle pastures and suburban backyards. Baton Rouge, ranked among the 10 most toxic cities of America, does have a nicely scaled and leafy riverfront downtown. But its vitality and attractions seem to be overshadowed by the nation’s fourth largest oil refinery that is almost immediately adjacent to it. The industrial complex results in a ghost town like urban void measuring 3 miles by 1.3 miles in the heart of city. And the emissions from those industrial facilities dump millions of tons of pollutants into the air over this Mississippi River town. What kind of transformation could make the downtown BTR a more desirable place to be than its suburban counterparts? 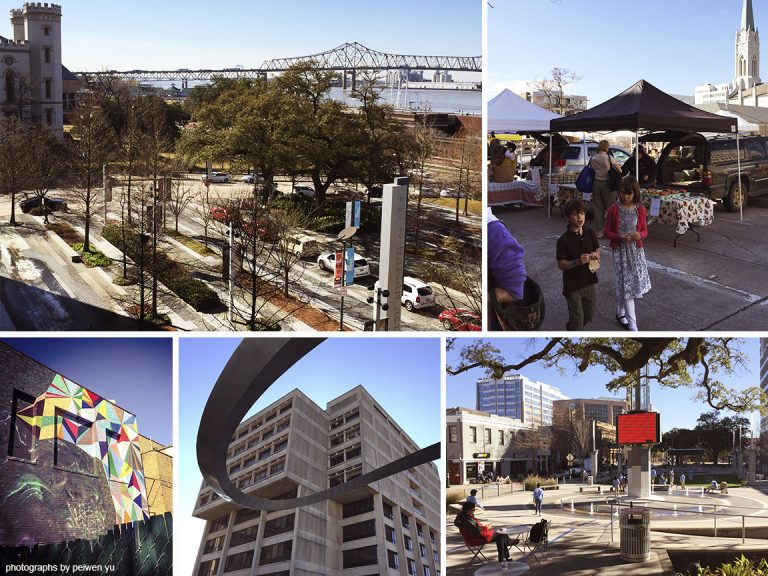 “By 2050 the population of the world’s cities will double. Research has shown that as population increases in a city, the wealth of that population also increases; stable Larger cities(New York, Houston, Los Angeles) and knowledge centers (Austin, Seattle, Cambridge) are getting an outsize percentage of this migration, resulting in more wealth, better jobs, healthier lifestyles, and increasing political clout” (SWA).  What would be BTR’s urban future if this large industrial land use can be radically removed or re-purposed 35 years from now? During the design week at LSU, this stimulating topic was studied within the framework of future clean energy and efficient transportation strategy, integrated urban planning and design, a city building architectural mentality that embrace and celebrate the historic industrial use of the site. 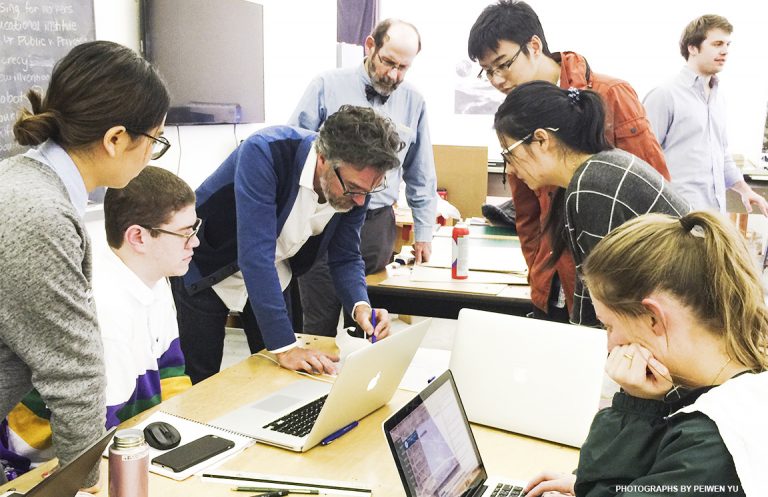 “It is time for landscape architects to begin to consider the long term use of industrial lands that convert oil into fuels and energy. Baton Rouge’s skyline is dominated by the Exxon refinery; the city wraps around the petrochemical complex creating a curious physical relationship. Score a line between the city and refinery – on one side, the city looks green and verdant, on the other it is grey; economically the city side is struggling, while the refinery is teaming. Jobs and prosperity are paired with disease and environmental injustices ”  (SWA) 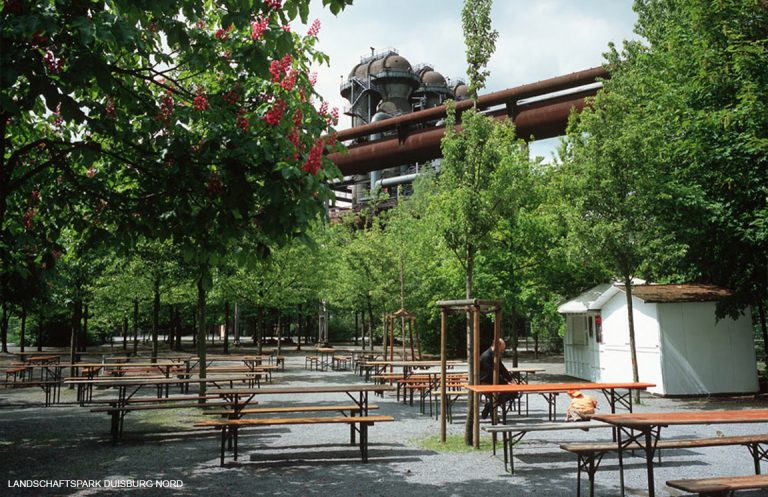 Zooming out to the regional scale, subsidence, sea level rise, and the potential for devastating hurricanes threaten the sustainability and longevity of Gulf Coast lands and cities. In just 80 years, some 2,000 square miles of its coastal landscape have turned to open water, wiping places off maps, bringing the Gulf of Mexico to the back door of New Orleans and posing a lethal threat to an energy and shipping corridor vital to the nation’s economy. “At the current rates that the sea is rising and land is sinking, National Oceanic and Atmospheric Administration scientists say by 2100 the Gulf of Mexico could rise as much as 4.3 feet across this landscape, which has an average elevation of about 3 feet. If that happens, everything outside the protective levees — most of Southeast Louisiana — would be underwater” (Credit: ProPublica). Will all the evidences lead to a future solution of compact metropolitan area with highly sustainable transportation infrastructure? The post industrial Baton Rouge affords great potential to house a new type of urbanism that reintegrates the industries and land uses, creating a much more livable metropolis that roots itself deeply in collaboration, innovation and mobility; and a city image with memorable places of post industrial parks, developments and festival events that celebrate its unique context and culture. 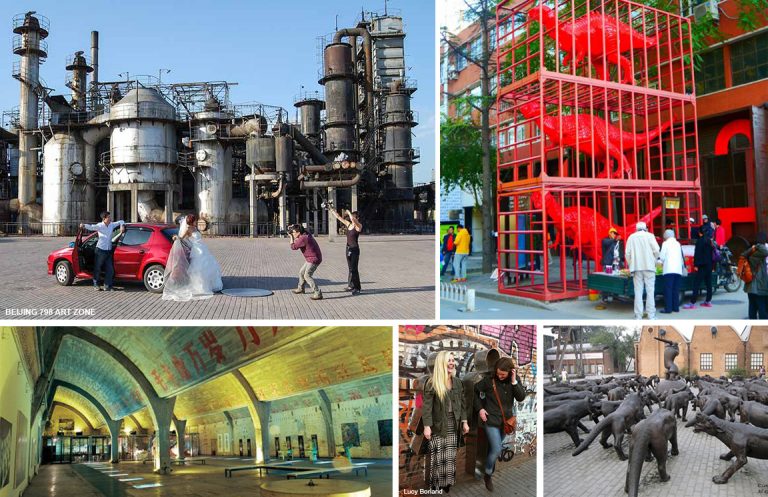 One of the top three proposals has envisioned BTR to be the new capital of the Gulf Coast region – “As more people and institutions relocate to Baton Rouge from New Orleans and other southern cities, our site will be able to accommodate thousands of new residents and provide for them a place to live and work in a sustainable environment….Rouge should now only be the capital of Louisiana. With the deterioration of the whole gulf coast, Baton Rouge, in the central location, should take the lead as a city for regional collaboration. We are seeing the future of the whole gulf coast with cities connected by the high speed infrastructure that allow better collaboration within the whole region. We are the capital of the gulf coast.”