As the Nation’s first testing ground of China’s Open Door Policy, Economic Reform and Capitalism Operation, Shekou Industrial Zone was established even before the SEZ (Shenzhen Special Economic Zone), in 1979. The great visionary Deng Xiaoping once said – “A little more power was granted to it so the Shekou Industrial Zone may develop faster – they were entitled of allocating expenses less than 500 US dollar without asking for permission. And their slogan is ‘Time is Money, Efficiency is Life’ ” 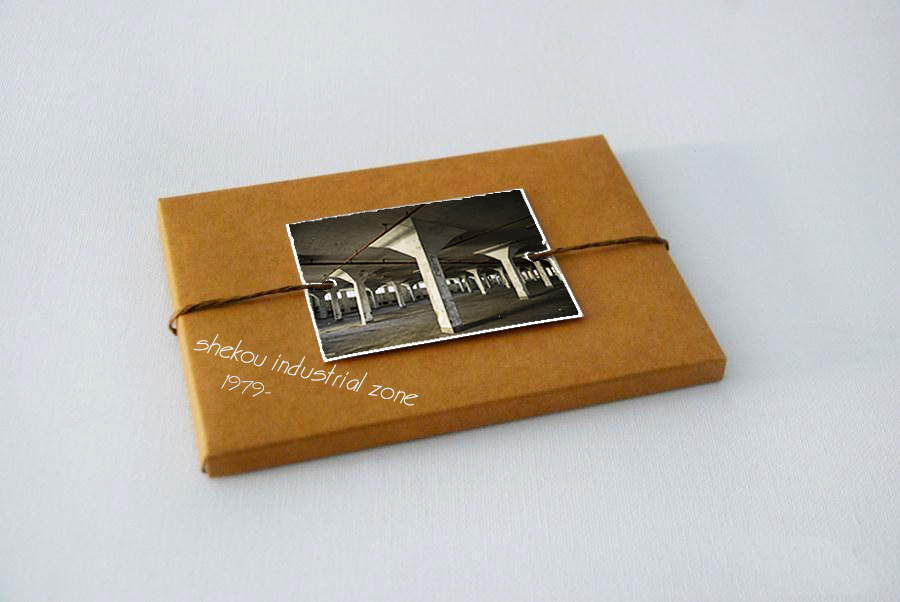 More than 30 years later, the city transformation has put Shekou on the frontier of the new idea of the time – industrial structural upgrading and urban renovation. As some of the old industrial and fishing capacity is no longer in demand or being relocated to the more open west coast (Bao’an District), new city functionalities that replace the old support a much more comprehensive and leisure oriented living experience , requiring deep thinking on how to reuse some of the industrial building spaces, and old industrial waterfront. 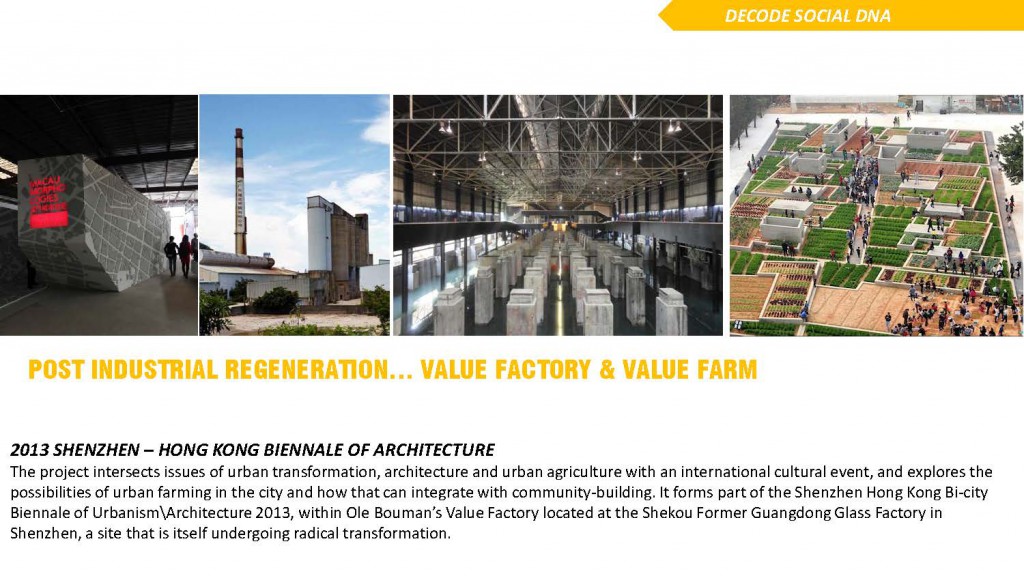 A lot of changes happened; attention must be paid – since 2005, the world’s one and only government sponsored UABB (Urbanism and Architecture Biennale Bi-City) placed design and urban issues around Shenzhen-Hong Kong region to the spotlight. Multiple exhibitions have been creatively prepared by curatorial teams from European urban think tanks, planners, scholars and local practitioners. Following the big success of 2013 UABB Exhibition on “Value Factory” and “Value Farm”, the 2015 Exhibition took a theme on “Re-Living the City”, discussed how to utilize the EXISTING urban physical fabric to improve living experience, instead of creating new space, new land or new buildings. It proposes architecture that reflects the reuse and rethinking of existing buildings, the re imagination of our cities, and the remaking of our daily lives by design. It will be a biennale of fragments, not abstract plans, of collage, not grids, of tactical urbanism, not top-down infrastructural strategies.

The Shekou Urban Promenade design embraces a clear vision of upgrading some of the existing industrial and fishing land use. Upon announcement of Shekou Oil Tank Plant’s official relocation after 8 years of debate, another potential city park will likely to fill the current oil tank site and connect with the proposed waterfront promenade. This is a great news that will trigger a series of study of its current facilities, including the oil pipe pier in the bay that used to serve the oil tank plant. The author and her team took the opportunity of converting the to-be abandoned oil/gas transmitting pipe pier and studied how to remake this space to be a public leisure park. The initial concept employed architectural, landscape and art strategies to re purpose the pier and attract people to stroll and stay, enjoying diverse program and activities including jogging, seating, fishing, social gathering, art lighting display, industrial time capsule installation and simply viewing the ever-changing Bay and City landscape from the pier. 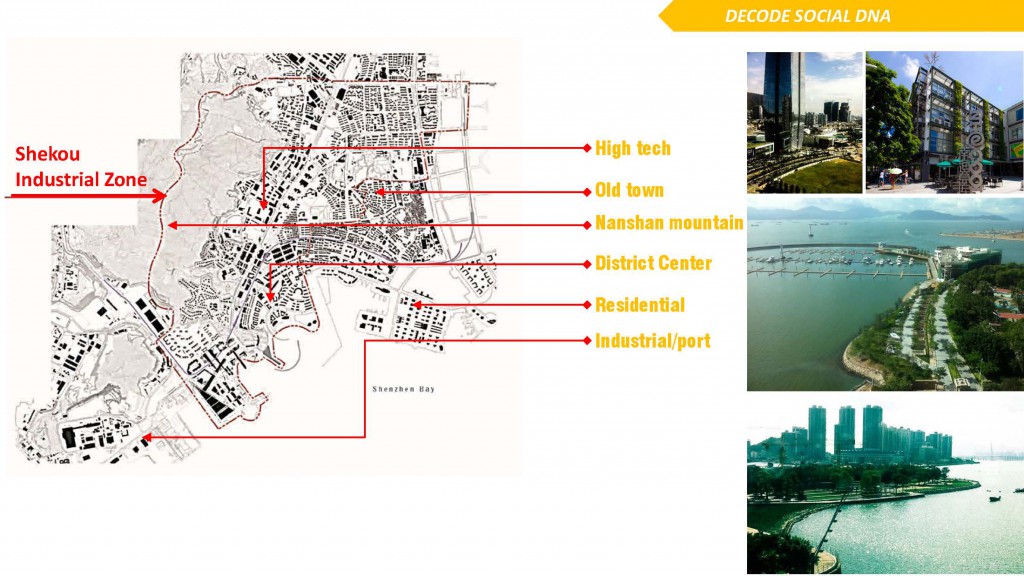 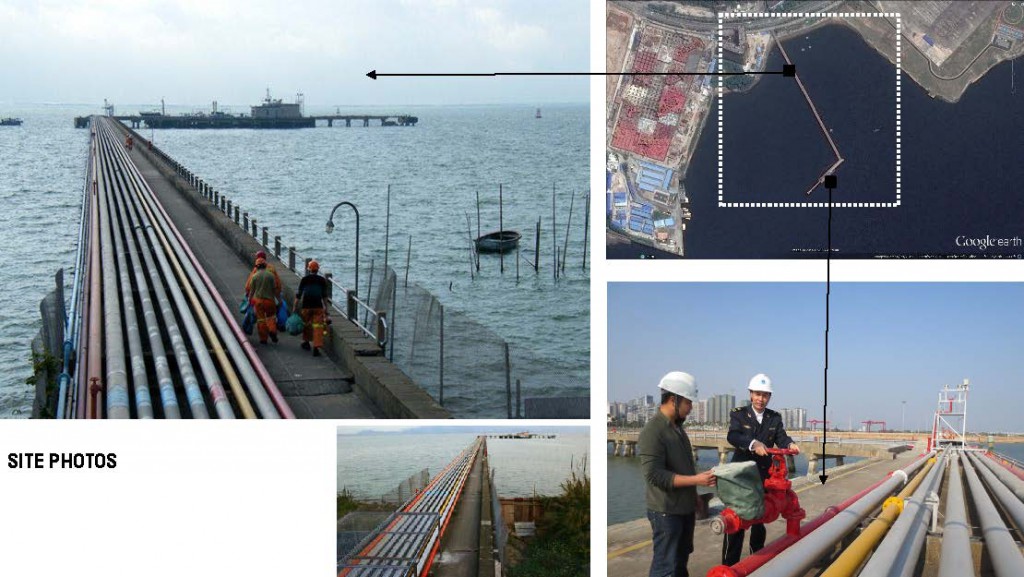 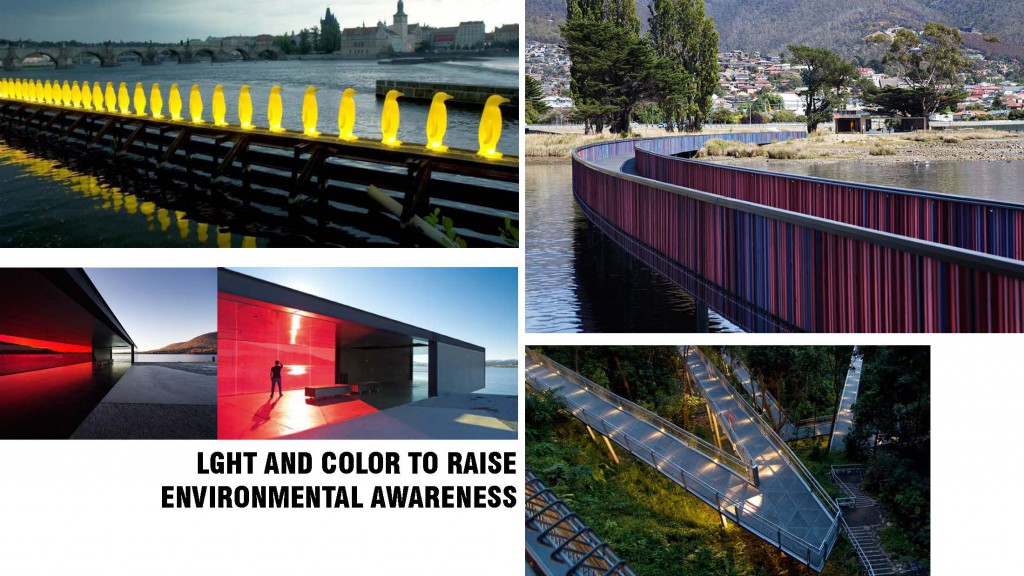 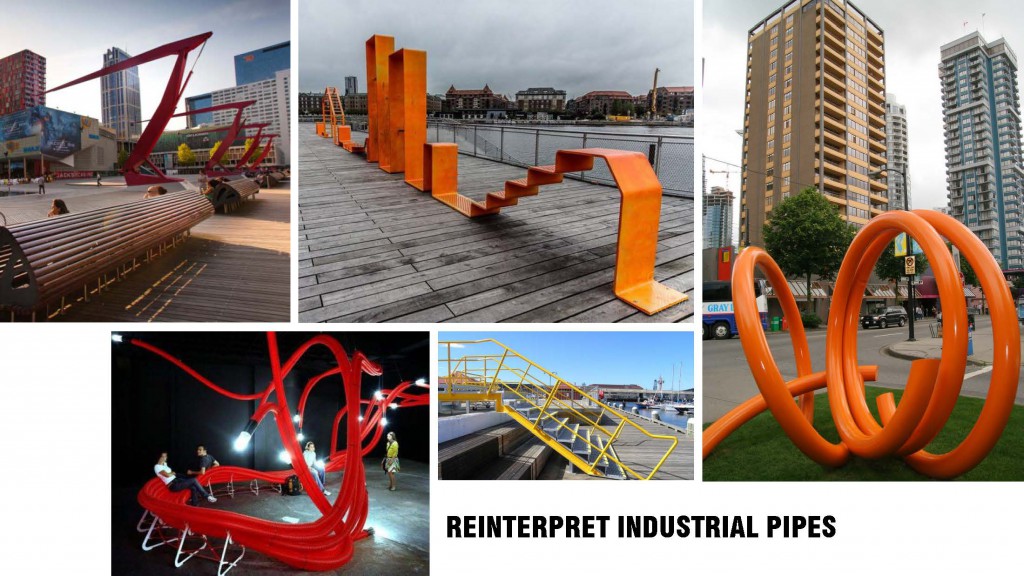 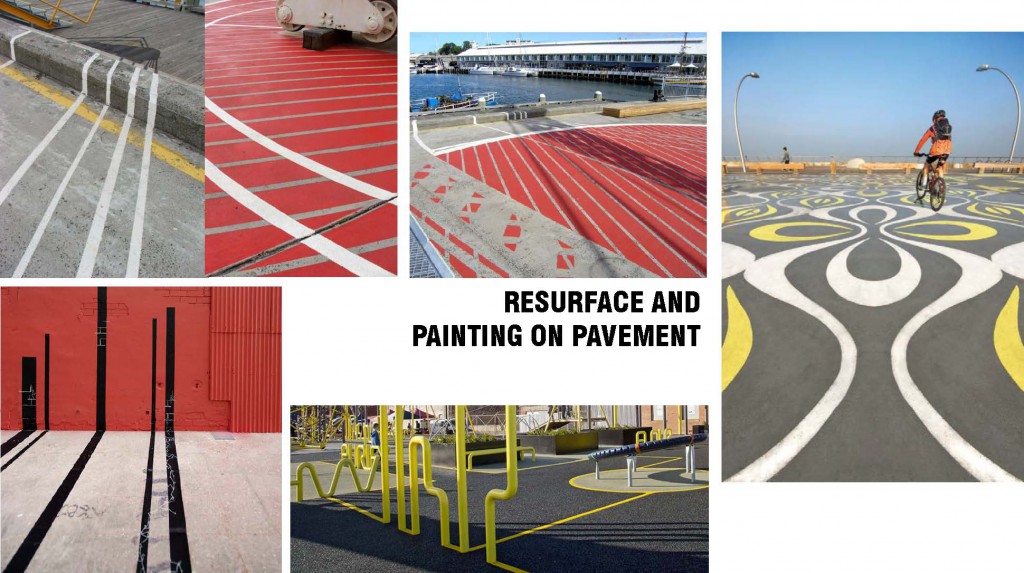 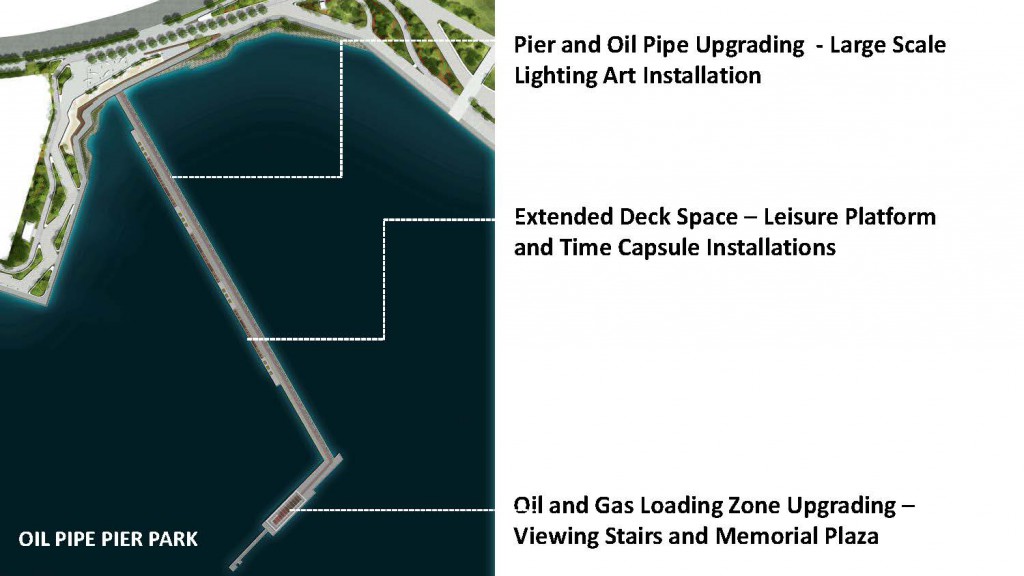 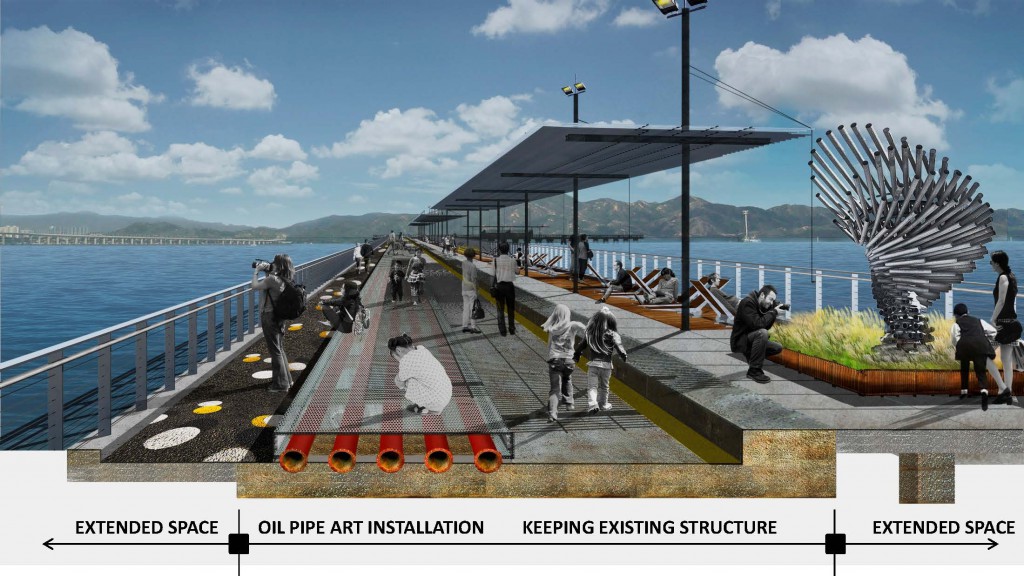 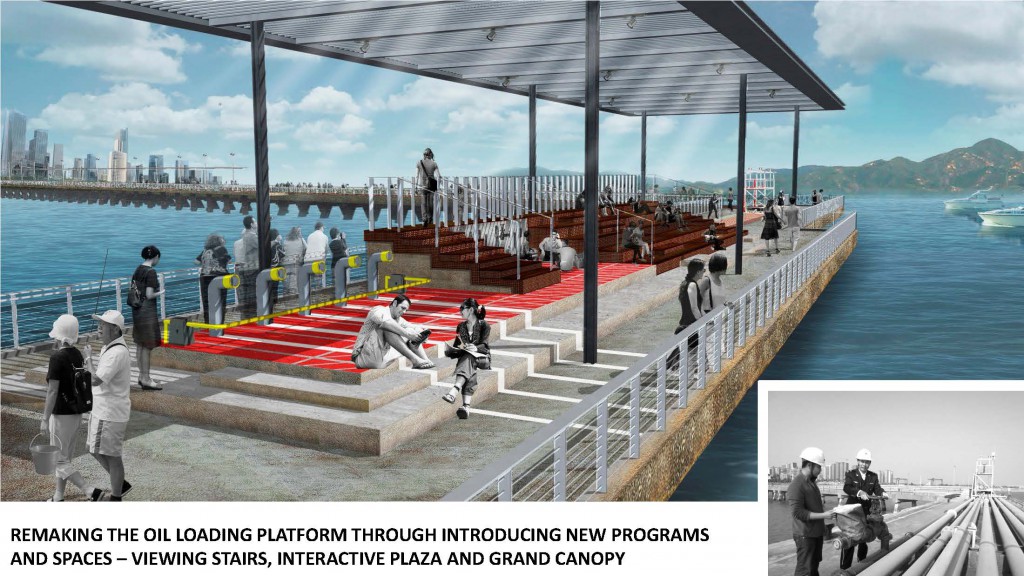